Nigerian Mum Writes JAMB With Her Son To Motivate Him To Study Harder, They Both Passed The Exam A Nigerian mum, identified as Michelle Buchi, has revealed the step she took to motivate her son to study hard for his Joint Admissions and Matriculations Board, JAMB, exam.

The proactive mum disclosed that she decided to also take the exam so they could compete for the highest score in JAMB, in order to motive him to study harder.

Michelle took to Facebook to disclose that she wrote the exam on Tuesday, May 10, after over a decade of completing her education.

She shared the sacrifices and stress she underwent to prepare for the exam, whilst still running her business and thankfully, it paid off.

JAMB results were released over the weekend and both mother and son aced the exams. Her son, Precious scored 243 while she scored 230.

“I wrote JAMB yesterday!
Oh yes! After many years of graduation.
My JAMB examination challenge ended yesterday. I didn’t want to discuss it until I accomplish it

It was a challenge with a son of mine. I was tired of teaching, instructing and advising on the need for study time creation.
Boom! I decided to register for JAMB in order to compete with his score line

Funnily, it made the young man to sit up when he saw me reading, browsing for points and sharing ideas with him

As an art student, I had to make efforts to study the latest recommended African/non African literary – novels, plays, poems etc from 2022 – 2025

. I must confess, it wasn’t easy. But it was worth it

Right now, everyone is waiting for JAMB results to be released so that the challenge will be completed. I pray we both cross the margin line successfully because there is a reward attached to the highest JAMB score

I pray he scores higher than me

Subsequently, I will be updating you with stories of my JAMB examination experience. From my fellow JAMB students

to my personal experience.
To be continued !!
All we do God knows!”

She gave an update on Monday, May 16, where she revealed that her son won the competition.

“Gbagam!
JAMB result is out ooo

I am very happy that he won the challenge joor. He scored 243! How could he have explained to his children that their grandma scored higher than him in JAMB! At least the challenge pushed him into studying harder.
Congratulations dear

But me self try. 230 aggregate after leaving school for more than a decade. I did not also go for JAMB lesson. I was hustling up and down the country. I was just informed of the exam date and boom, U show for exam hall

Congratulations to me too

Make una show me live too. E no easy!
For those of you that predicted his higher score than me, DM me for meeting because na una be the real village people

In all, I appreciate everyone who supported and commended my efforts. There is really no fixed pattern to training children

See screenshot of their results below, 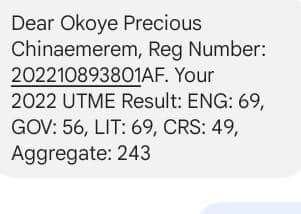 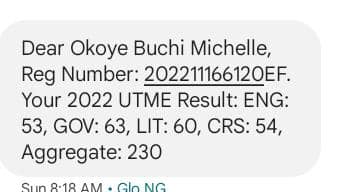 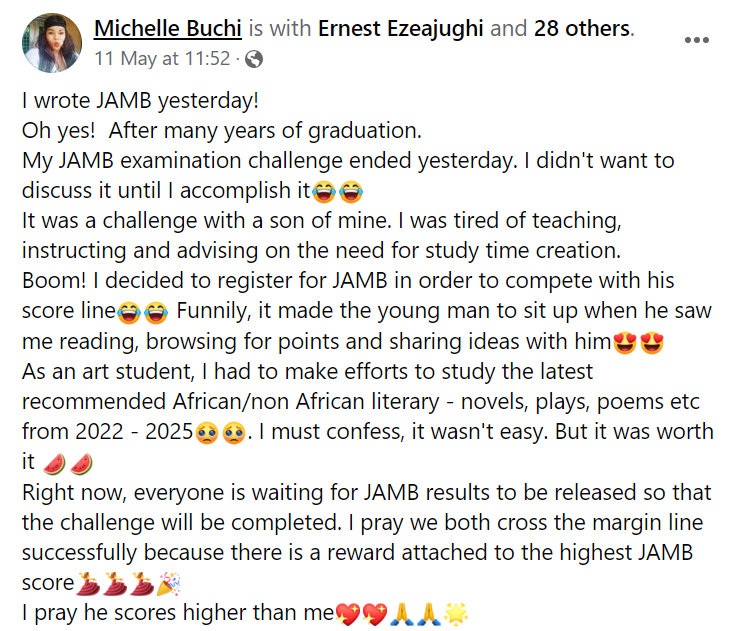 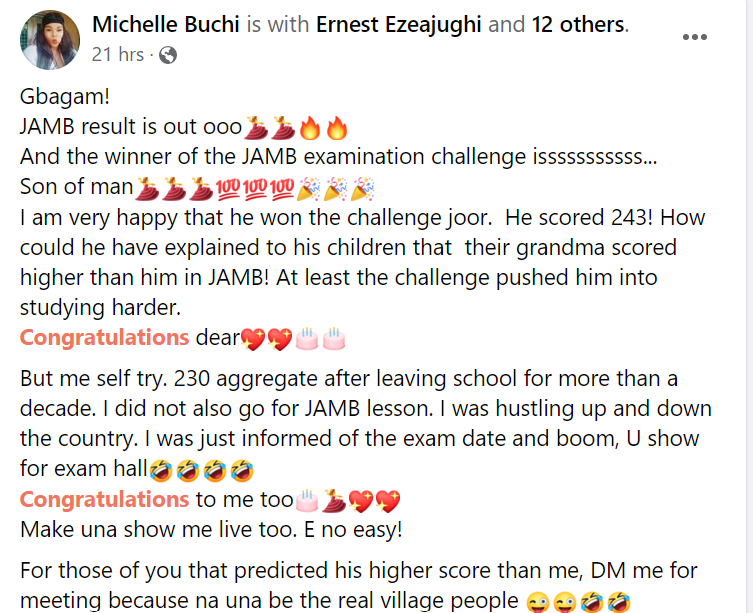