” Save Us, We Are In Total Darkness” – Kwara Community Cries out 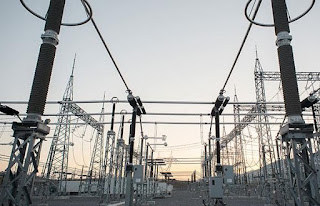 Some Nigerians living at Ogidi ward in the Ilorin West Local Government Area of Kwara have called on the State Government to rescue them from perennial darkness.

The residents said the darkness was caused by a faulty transformer servicing three communities in the area
The residents made the call in a statement issued on Tuesday in Ilorin and signed by Alhaji Baba Malu and Alhaji Abdulkharim Dende, Joint Chairmen of Alawo, Ajibesin and Olayeri communities.
According to the statement, there is only one transformer providing electricity to the three communities.
They said the population of the three communities has grown over the years, hence the lone transformer cannot cope with the load.
The chairmen recalled that in January 2020, they wrote a letter to Gov. AbdulRahman AbdulRazaq urging him to come to their aid by giving them two more transformers for the area.
Dende said in Olayeri community, there were over 5,000 inhabitants with over 1,500 completed houses and over 500 under one stage of completion or other.
“The old age of the existing transformer coupled with the noticeable expansion of the buildings and increasing population of the area has put the three communities into constant darkness,” they said.
According to them, the appeal to the governor for two more transformers will cushion the effect of overloading on the only available transformer serving the three communities.
They said that the constant power failure in the area was having a toll on their socio-economic activities.
The residents added that there were many artisans living in the affected communities that depended on electricity for their businesses, adding that the power outage is affecting their businesses.
“This is why we, on behalf of the entire communities, are crying out to Gov. AbdulRazaq to come to our rescue and give us transformers in our area.
“If the governor accedes to our request, it will go a long way to reawaken the socio-economic activities of the hitherto sleeping community as a result of the darkness we are now,” they added.
The chairmen, however, commended the governor for his commitment and strive towards alleviating the standard of living of the people, particularly in rural areas.
“We also commend the governor’s track record of achievements in all areas of human endeavors,” the chairmen said.
Reacting to the development, the Communication Officer of Ibadan Electricity Distribution Company (lBEDC), Mr Asaju Kolawole, told NAN that the company was not yet aware of the electricity problems confronting the communities.
The IBEDC spokesman advised the affected communities to formally write a letter to the company with a view to restoring normal electricity supply to them.