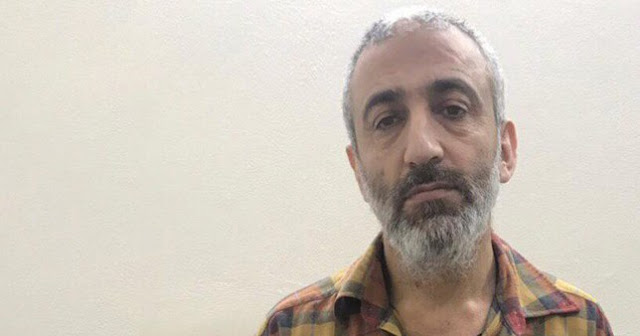 Abdulnasser al-Qirdash
The new leader of Isis, Abdulnasser al-Qirdash has reportedly been arrested in a raid by Iraqi intelligence officers.
Al-Qirdash took over activities of the group following the death of his predecessor Abu Bakr al-Baghdadi in October.
According to Metro UK, the Iraqi National Intelligence Service said the group leader was arrested based on ‘accurate intelligence.’
The Iraqi National Intelligence Service also shared a picture of their new prisoner wearing a long-sleeved flannel shirt.
In a statement, they said: ‘Today, the terrorist named Abdulnasser al-Qirdash, the candidate to succeed the criminal al-Baghdadi, was arrested. The arrest came after accurate intelligence.’
Media outlets say he is the highest-ranking ISIS officer to be taken into custody.
Al-Baghdadi killed himself along with his two children by detonating a suicide vest during a US raid in which he was cornered in a tunnel.