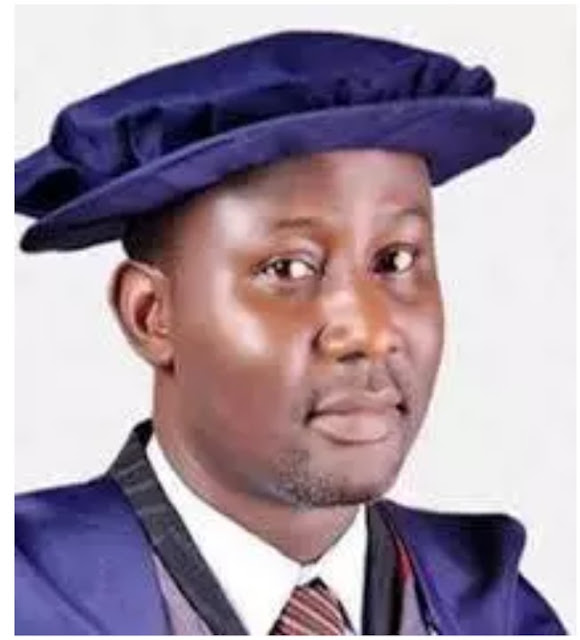 Professor Mohammed Mustapha Akanbi
“I am similarly conveying His Excellency’s approval of the appointment to the Governing Council of the University, today, Wednesday, the 1st day of April 2020)”.
Professor Mohammed Mustapha Akanbi became a Professor at the age of 40 years and was recently appointed a V.C at 49 years. He is a former Director of Unilorin School of Preliminary Studies and also the son of former President of The court of Appeal and pioneer Chairman of the Independent Corrupt Practices and other related offences, Justice Mohammed Mustapha Akanbi.
Mixed reactions greet KWASU VC’s appointment
The appointment had been trailed by reactions from different sections of the state.
The Offa Professors’ Forum said that it rejected Akanbi’s appointment, saying that the process of the selection was not fair and against natural Justice.
OPF in a statement signed by it Chairman, Prof. Hussein Oloyede, said the appointment was not in tandem with what Abdulrazaq had promised Kwarans.
OPF said, “Prof. Mahmud Sakah from Kwara North Zone was rated first by the Committee of Council and not Prof. Akanbi from Kwara Central who was rated third behind Prof. Gana also from Kwara North.
A socio-political group in Kwara North, Baruteen Patriotic Agenda, also expressed its grievances towards the state government for overlooking their son, Prof. Mahmoud Sakah as the substantive vice-chancellor of KWASU