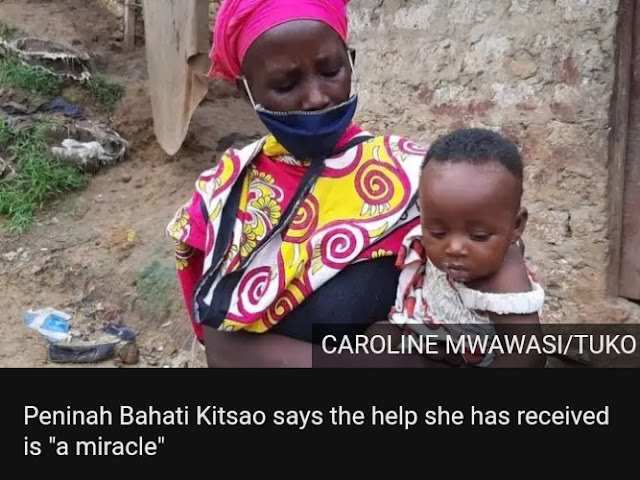 In what would come as a shock to many, a Kenyan woman named Peninah Bahti Kitsao has received help after cooking stones for her eight hungry children, following the lockdown which adversely affected her source of livelihood.
According to BBC, she cooked the stone hoping that her children will fall asleep while waiting for the meal.
“I have boiled stones twice, with a hope that the children will go to bed and stop crying due to hunger,” the mom of eight said. 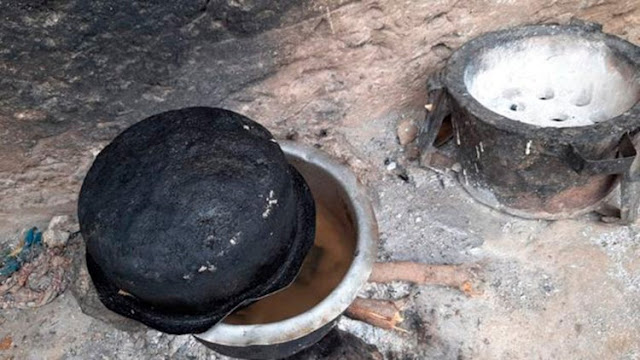 Peninah Bahati Kitsao put the stones in these cooking pots
Just the other day, as I was boiling the stones for my children, they woke up in the middle of the night crying. One of my child told me that I have been lying to them that I’m cooking but only boiling stones,” she added.
Fortunately, after being interviewed, the woman has been receiving help from people who made donations to her bank account.
The widow said she could not believe people would come to her rescue the way they did, calling everything a big miracle.
Photo Credit: BBC