May 5, 2020
Sharing Is Caring
On Sunday 3rd May, 2020, the Kwara state Police Command intercepted a truck loaded with fruits items covering more than 50 people in a bid to smuggled them into Ogbomoso in Oyo State. 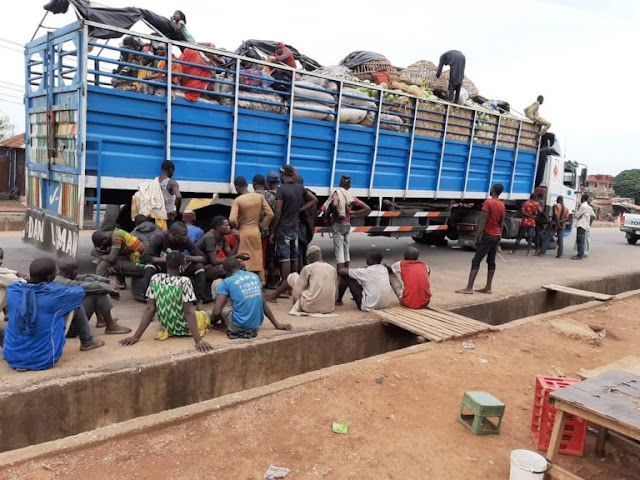 In order to curtail the spread of coronavirus, Kwara state inter and intra state entrance were on lockdown just as it’s applied to other state of the federation
The Police Public Relations Officer, Okasanmi, stated that trailer hid the trafficked people which includes men, women and children beneath fruit items.
Okasanmi said that, “Acting on an actionable intelligence, policemen from kwara state police Command intercepted a Trailer loaded with supposed fruits but hidden beneath the friuts were women, men and young children totalling 50, being trafficked from Shinkafi in Zamfara state to Ogbomoso,”
“CP Kayode Egbetokun directed that they be escorted back to Kwara state border whivh was Niger from where they claimed they came through.”