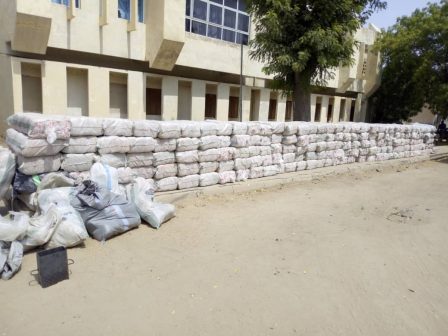 Operatives of the Western Marine Command of Nigeria Customs Service(NCS) have intercepted drugs suspected to be Cannabis Sativa valued at N1,002,050,000 during a seagoing patrol on Lagos waters.
The Controller of the command, Comptroller Olugboyega Peters, revealed this in a statement in Lagos on Thursday.
Peters described the seizure as the “largest single seizure” of such drugs on the waters in the history of the Nigeria Customs.
He said that his men relied on intelligence and carried out round the clock surveillance for a period of three days before swooping on the target area where the seizure was made.
According to him, the suspected smugglers seen from afar with the drugs dived into the water to escape upon sighting customs officers approaching to make the seizure
The drugs were suspected to be coming from Ghana and had passed other countries by water before getting to Shashi area of Lagos where it was seized.
“Since no suspect was arrested in connection with the seizure, it will be liable to destruction in collaboration with relevant government agencies like National Drug Law Enforcement Agency and the Nigeria Police,” he said.
Peters said that the command had achieved 39 seizures within the first four months of the year, which is higher than 12 seizures made within the same period of 2019.
He said that the command made seizures with a total duty paid value of N1,063,427,800 which was higher than DPV of N36,420,481.46 achieved within the same period of last year.
He listed the breakdown of the 2020 seizures made so far as 1,816 bags of rice valued at N38,134,375; 733 cartons of poultry products worth N7,421,625; and 104 bales of second-hand clothing worth N4,393,400.
He also listed 665 bales of textile materials worth N2,094,400 and 112 kegs of 25-litre petroleum products valued at N112,000.
Other seizures listed are, 25 bales of second-hand shoes and belts worth N8,019,000; 25 cartons of chewing gum worth N1,203,000 and the unprecedented seizure of cannabis 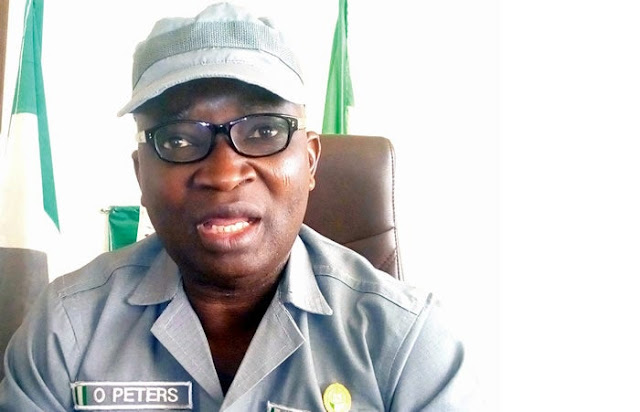 The Comptroller attributed the seizure recorded to the renewed spirit of work amongst officers and men of the command to achieve the Comptroller General of Customs strategic plan of zero tolerance to smuggling.
He also attributed it to a high level of intelligence gathering and enhanced customs community relations.
Peters said this was in addition to close collaboration with other government agencies like the Nigeria Security and Civil Defence Corps, Nigerian Navy, Nigeria Police, among others.