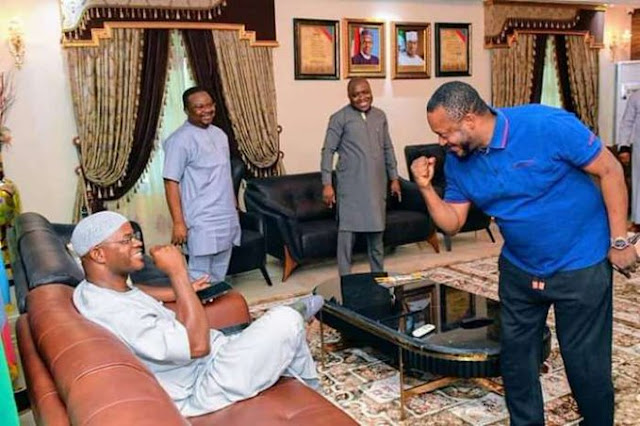 Kogi State Governor, His Excellency, Yahaya
Bello, has said the judgment of the Election Tribunal upholding his election and the All Progressives Congress (APC) earlier today is a reaffirmation of his landmark victory in the November 16th, 2019 Governorship election.
He said the judgment upholding his landmark victory ‘was comprehensively well-reasoned’ and a ‘judicial validation of the mandate of unity which the people of Kogi State banded together on 16th November, 2019 to entrust him with.’ The elated Governor said his re-election by an unprecedented margin and today’s verdict has ‘added impetus to his drive to do more for the good People of Kogi State’.
The Governor noted that with the majority ruling of the Tribunal dismissing the Petition of PDP candidate Musa Wada today, the Judiciary has once again come to the defense of democracy by affirming the collective will of the people when a compelling majority of the electorate cast their votes for him to serve them for the second term.
The Governor who said that today was a bright day for the administration of justice in Nigeria, lauded the tribunal for being upright and just. Describing the judgment as characterised by outstanding thoroughness and legal erudition, the Kogi State helmsman said it thoroughly considered the many issues presented before the tribunal.
He thanked the entire citizens of the state for their support and restated his firm resolve to continue to work for the good of the people of Kogi State. While calling on all Kogites to join his administration in moving the state forward, the Governor promised that he would not let them down.
Governor Bello who called upon his political foes to sheathe their swords and work with his administration to move Kogi State forward promised to run an all-inclusive government and to strengthen the open door policies which he initiated in his first tenure in office.