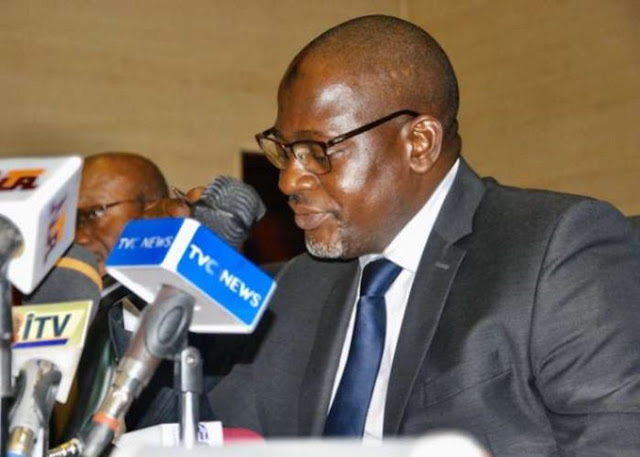 Muhammed Nami, the Executive
Chairman of the Federal (Board) Inland Revenue Service (FIRS), has been under pressure to explain  details on five staff members employed on alleged ethnic consideration.
The said staffers were initially employed on contract basis and currently are directors in the service.
A lawyer, Olajide Owonla, of Fombina Chambers in Abuja, made the request based on Freedom of Information (FoI) Act 2011.
Owonla is demanding the states of origin, local government areas and curriculum vitae of the affected staff members.
They are Ahmed Musa, (Head, Finance and Account Department); Abdullahi Isma’ila, (Head, Communication and Liaison Department); and Aisha Hamza Mohammed (Head, Office of Executive Chairman Department). Others are Ahmed Ndanusa (Head, Internal Affairs and Efficiency Department); Mustapha Ndaijiwo (Special Assistant (technical) to the Executive Chairman).
Insider sources in the FIRS said the hiring violated sections of the Human Resource Policies and Processes (HRPP) of the FIRS, in respect to advertising the vacancies and ensuring they are competed for on merit basis.
The aggrieved staffers cited Section 2.0 of the HRPP, which states: “FIRS shall recruit its staff on the basis of merit through competition, depending on vacancies and in accordance with the Federal Character Principle…”
Also, the HRPP in Section 2.3.1 (b) (iv) says the FIRS shall “adopt both internal and external advertisement of job vacancies for all positions on salary level 7 and above (except otherwise directed by the Board)”. It cannot be ascertained whether the Board wavered advertisement for the vacancies.
Furthermore, the displeased staff said the FIRS chairman could have looked inward to pick from among competent staff with required skills for the same positions. This, they say, is based on Section 2.22 (i) of the HRPP, which states that “contract appointment shall only be made where the required skills and competence are not available within the service.”
Equally, Nami has been censured for retiring nine directors in disobedience to a 2016 Presidential circular suspending tenure policy for directors in public service. From his media comments, Nami said his action was lawful and in line with the HRPP recommendation of retirement for directors who have spent eight years and above in such posts.
But his critics scoffed at the excuse, pointing out how similar issue was resolved by the immediate past management.
“Under the past management, overstaying directors were persuaded and given payoffs. This created vacancies for those behind to fill. The process was not chaotic and everyone was happy,” said one FIRS staff.