May 8, 2020
Sharing Is Caring
Japan has approved the antiviral drug, Remdesivir, to treat coronavirus patients on Thursday.
The country also said it might approve another medication, Avigan, later this month. 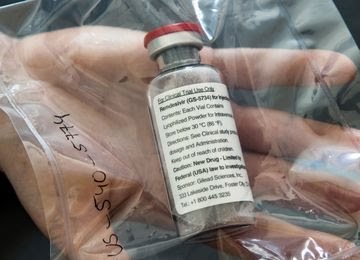 This would make Japan the second country to approve the drug, after US regulators authorised it on Friday, for emergency use against severe cases of COVID-19.
“If there is no problem we hope to swiftly approve the drug today,” top government spokesman, Yoshihide Suga,told reporters.
Newsmen had reported that Nigeria’s Minister of Health Osagie Ehanire, confirmed Remdevisir was already being used in treating COVID19 patients in Nigeria.
Ehanire during a press briefing on Tuesday said “We have been using that (Remdesivir); we have tried that in Lagos too.
“So, we have tried the anti-retroviral drug to see what effect it has.”
According to Forbes, The National Institute of Allergy and Infectious Diseases (NIAID) trial suggested that remdesivir helped patients with serious breathing issues that require oxygen support to recover faster.