Coronavirus Pandemic Originated From A Laboratory in Wuhan, China – US Sec. Of State

May 4, 2020
Sharing Is Caring
US Secretary of State, Mike Pompeo has said that there is ‘enormous evidence’ that the Coronavirus pandemic originated in a laboratory in Wuhan, China. 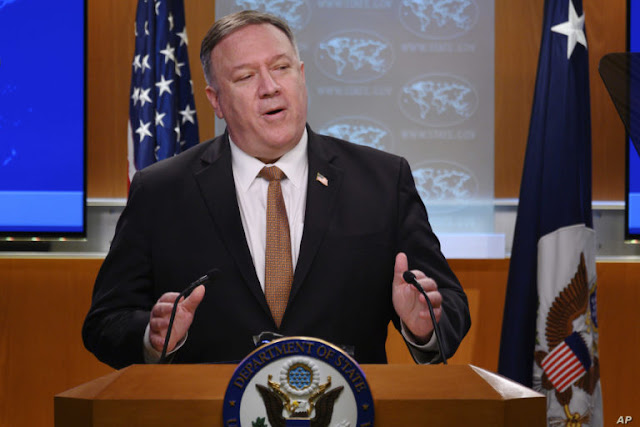 He made the claims during his appearance on ABC’s This Week on Sunday
Pompeo said: ‘There’s enormous evidence that that’s where this began. We’ve said from the beginning that this was a virus that originated in Wuhan, China,’ Pompeo said on
‘We took a lot of grief for that from the outset. But I think the whole world can see now. Remember, China has a history of infecting the world, and they have a history of running substandard laboratories,’ he added.
‘These are not the first times that we’ve had a world exposed to viruses as a result of failures in a Chinese lab,’ Pompeo said.
Pompeo, a former director of the Central Intelligence Agency, went on to say that he agrees with a statement from the US intelligence community in which it concurred ‘with the wide scientific consensus that the COVID-19 virus was not man-made or genetically modified’. 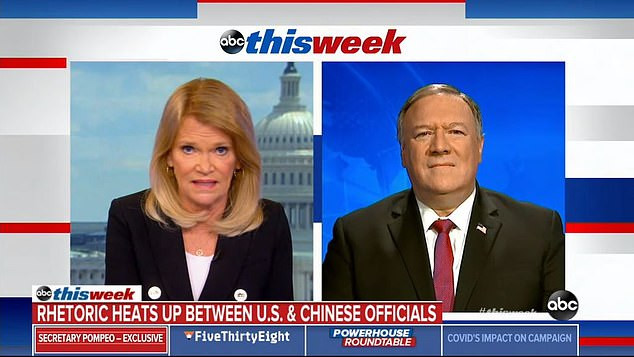 He said early Chinese efforts to downplay the coronavirus amounted to ‘a classic Communist disinformation effort that created enormous risk’.
‘China behaved like authoritarian regimes do, attempted to conceal and hide and confuse. It employed the World Health Organization as a tool to do the same.’
This is an ongoing threat, an ongoing pandemic,’ Pompeo said. ‘The Chinese Communist Party continues to block access to the Western world, the world’s best scientists, to figure out exactly what happened.’
Experts believe coronavirus started spreading as early as February in the United States before lockdown directives were issued for millions of Americans in mid-March.
President Donald Trump has been increasingly critical of China’s role in the pandemic, which has infected nearly 3.5 million people and killed more than 240,000 around the world.
China has been accused of trying to cover up the extent of the virus when it first came to light and preventing other countries around the world from being prepared.
Trump reportedly tasked US spies to find out more about the origins of the virus, which was first linked to a Wuhan market where exotic animals like bats were being sold and now to a virus research laboratory nearby.
Last week, Trump claimed that he had seen evidence that coronavirus started in the Wuhan virology laboratory and warned he could impose tariffs of $1trillion on China in retribution for the pandemic. 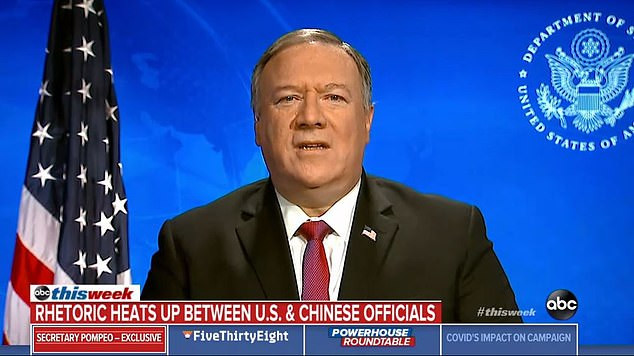 ‘Yes I have. Yes I have,’ Trump said when asked if he had seen proof the virus originated in the Wuhan Institute of Technology.
There are more than 1.1 million confirmed coronavirus cases in the US with at least 67,000 deaths.
US Secretary of State, Mike Pompeo says there is ‘enormous evidence’ that the Coronavirus originated in Wuhan laboratory in China

Son of late Rivers monarch dies ‘after having drinks with friends’