Atiku Sacked 46 Staff of Gotel Communications On May Day

May 2, 2020
Sharing Is Caring
Forty-six staff of Gotel Communications, a media outfit owned by Nigeria’s former Vice President, Atiku Abubakar, have been sacked by the organisation.
Gotel Communication is a television and radio broadcast conglomerate transmitting from Yola, the Adamawa State capital.
The affected staff were handed their respective sack letters on Friday, being Workers Day.
It was signed by the General Manager, Mohammed El-Yakub.
A copy of the sack letter seen by SaharaReporters reads in parts, “The management has decided to discontinue your services with immediate effect.
“Consequently, please be informed that your entitlements including stipend lieu of the notice will be computed and posted into your account with immediate effect.” 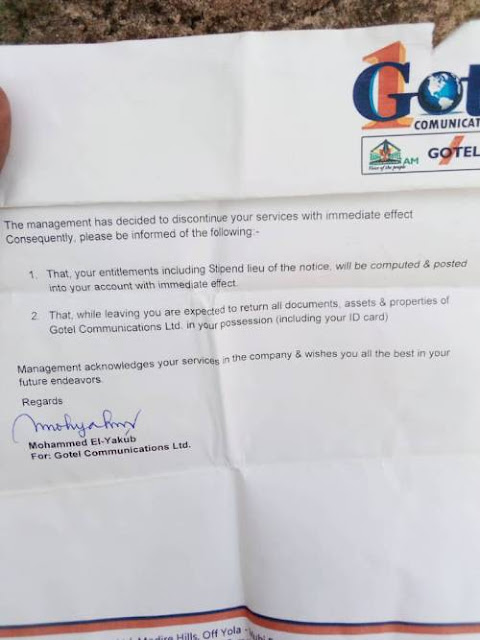