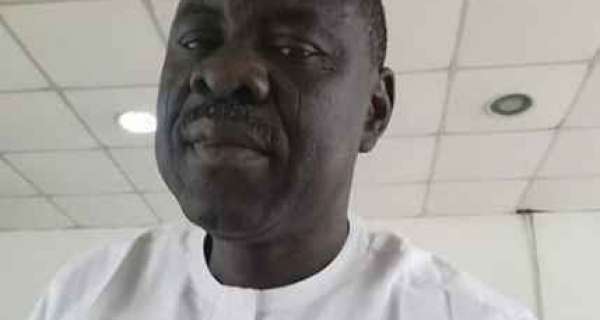 Late Olatunji Abel, newly appointed Kwara State Commissioner
A newly appointed Commissioner in the Kwara State Local Government Service Commission, Olatunji Abel, has reportedly died in his sleep 48 hours to his resumption of duty.
It was gathers that the late politician, who is from Igbaja in Ifelodun area of the state, reportedly died of heart failure in his home, after returning from a business trip to Abia state.
A source stated that;
“He died at his home town while sleeping. He just came back from Abia and went to bed in the night only to meet his maker in his sleep”.
One of his associate took to Facebook to share an heartfelt tribute, saying,
“Rest in peace Egbon Abel Tunji J. Officially, you’re to resume office tomorrow Monday 27th, April after your appointment by the Executive Governor of Kwara State as a Member, Local Government Commission, but death denied you that chance.
Continue to rest on. Till we meet to part no more! Today, we just committed your body to the mother earth for the beginning of your everlasting journey. Heavy Heart”.
Another mourner, Kolawole Rukayat, wrote:
I don’t know what to say,I have repeatedly glanced our few days chats over n over. I feel like hearing this news debunked but God knows better. A complete God-fearing,gentle, amiable, dependable and down to earth brother. rest peacefully bros.
Kwara Governor AbdulRahman AbdulRasaq recently appointed him as Commissioner in the State Local Government Service Commission.