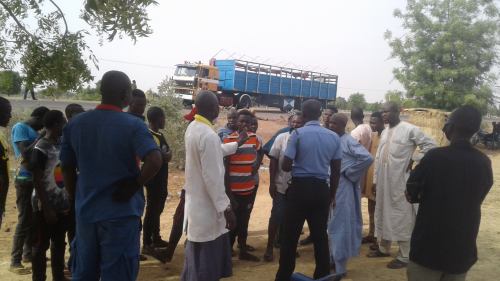 The Jigawa State Government has received a total number of 76 Almajiri pupils evacuated from the neighbouring Gombe state, as it rejected 7 out of the total number leaving a total returnees to 69.
The Secretary task force on Covic-19 and permanent secretary ministry of health, Dr. Salisu Mu’azu while receiving the almajirais at NYSC orientation camp Fanisau in Dutse, said the returnees almajirais would undergo medical screening for two weeks and other necessary investigation before handover to their respective parents.
Dr. Salisu Mu’azu explained that they will join their other colleagues returned from Kano state last week said accommodation and other necessary basic needs will be provided for them to stay comfortably until after they would be declared safe to reunite with their parents.
He stated further the gesture is aimed at ensuring that, pupils are not infected with the COVID-19 virus and pointed out that this brings a total number of 676 returnees Almajirais Jigawa indigenes received from Kano and Gombe states respectively.
According to one of the committee members, Comrade Muhammad Musbahu Basirka said te rejected 7 returnees almajirais from Gombe were later discovered not to be real indigenes of Jigawa state. The returnees almajirais were brought back under a delegation of security personnel led by a high ranking police officer Gombe state police command.