COVID-19: N1,000.00 Given to Each Household as Palliatives -Kaiama Residence, Kwara State 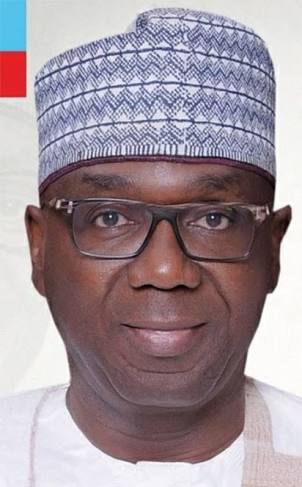 There is uproar in Kaiama local government area of Kwara State over the funds released by the State government as palliatives to cushion the effects of the coronavirus outbreak in the state.

The Deputy governor/Chairman COVID-19 Support Committee in the state, Mr. Kayode Alabi, recently announced a total lockdown in the state following the confirmation of the infectious disease with the commencement of contact tracing of index.

However, in a bid to find to succor to the sufferings of the people of the state, the Governor Abdulrahman Abdulrazaq-led government has commenced the distribution of food items across the 16 local government area of the state.

Findings revealed the state government had on Sunday 12th April 2020 monetized the palliatives meant for the people of Kaiama local government area to the tune of N20, 000,000 (N20million) to cover the entire 10 wards in the area.

It was gathered through a source who pleaded anonymity that the sum of N1, 500,000 (N1.5million) was released to each ward totaling N15, 000,000 (N15million). Further checks confirmed that each households received the sum of N1, 000 each while some received as low as N700 thereby lamenting over the looming hunger while the lockdown order lasts.

The source disclosed that, “We don’t really understand what they expect us to use N1, 000 to purchase and for how long they expect us to spend the money. Now, the government is crying wolf of COVID-19 but I want to categorically state here that with this poor arrangement, if nothing is done further, then, there is problem. Many people will die of hunger than the numbers of death recorded against COVID-19.

“We are suffering here, please come to our aid. It is getting worse and government is playing politics with our well-being. The meager money they are sharing here cannot solve out problem, rather, it will lead us to early grave.”

Going by the Kaiama situation, it is evident that the monetary palliative provided by the state government is a far cry from alleviating poverty and hunger during the period of the lockdown.